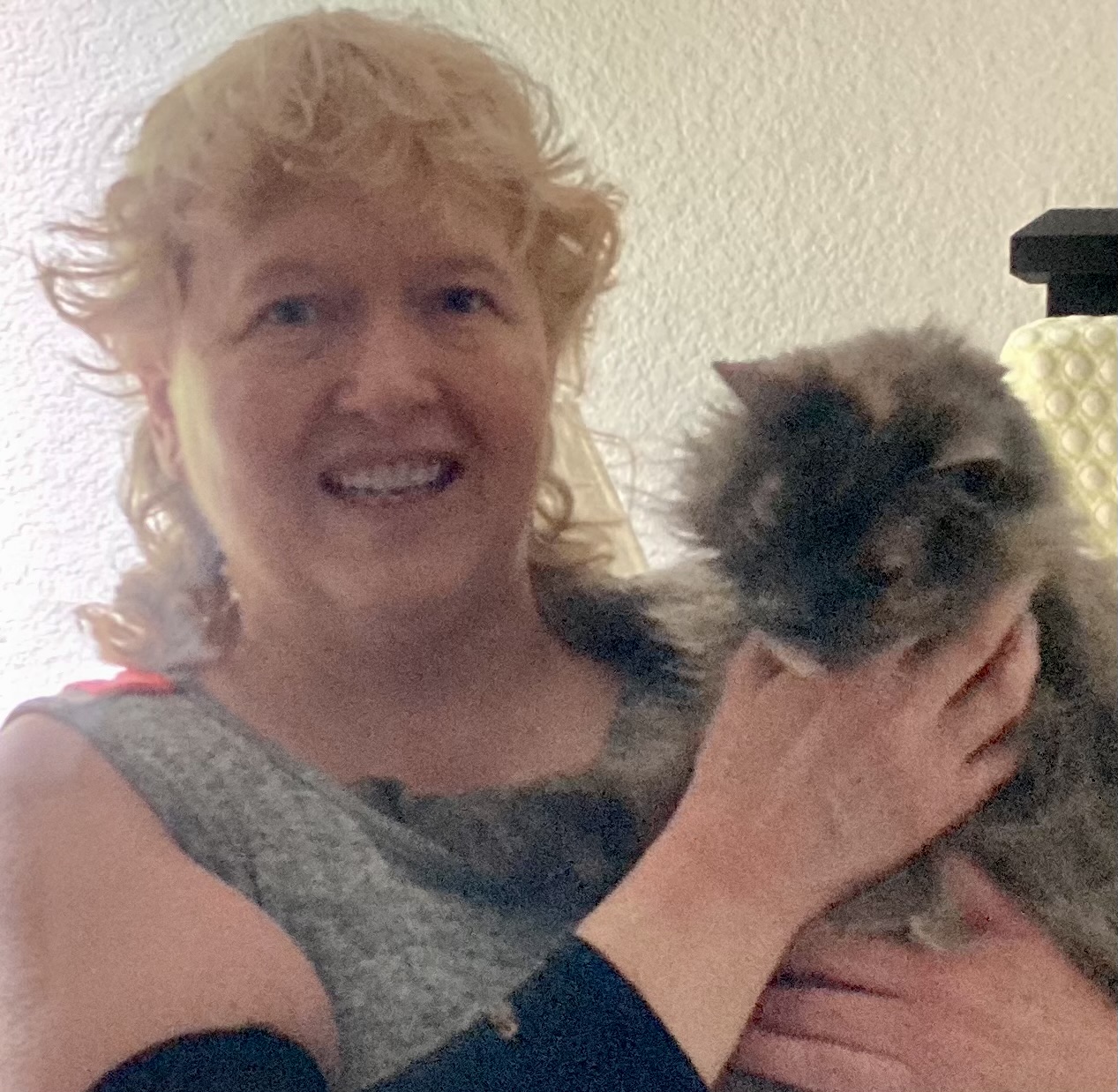 As a child, growing up in England, I accumulated lots of furry critters, guinea-pigs, rabbits, mice and gerbils just to name a few. My Mum was remarkably tolerant of my petting zoo, even after the gerbils nested in her laundry basket and shredded her freshly ironed clothes!
In 1985 I moved to the U.S and later began watching other peoples’ pets instead. I met cats of all shapes, sizes and temperaments ranging in age from kittens to 21 year old seniors. Six years ago, I adopted two cats of my own, both rescues: Rosebud, a feral kitten and Miss Mew Mew a diabetic senior cat. They won my heart but I had to earn their trust.