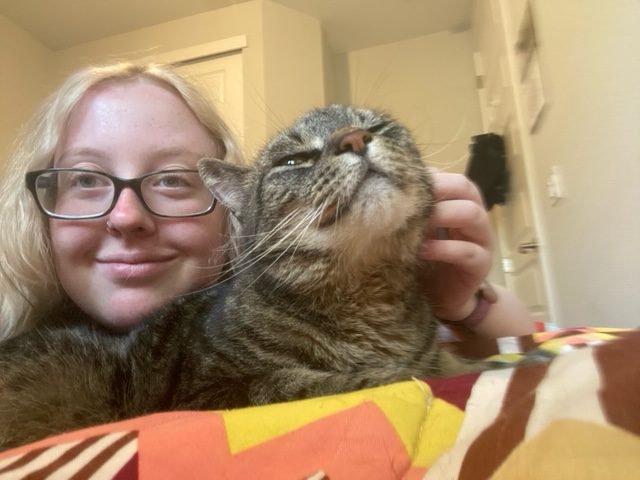 Alex was born in the Bay Area, but now resides in Sacramento. Growing up, she had a dog but was in love with animals of all kind. As a young teenager, she became friends with someone who had several cats and realized just how fun they could be. At a spur of the moment adoption event, she convinced her mom to let her get a kitten, and that’s when things really clicked into place with her. She realized just how much she loves cats – now she has two, including that first cat that changed everything – and even wants to open a rescue at some point. Alex loves helping take care of other people’s animals when they’re away, and did pet sitting in the Bay Area before moving to Sacramento to be closer to her mom. When she’s not hanging out with animals, Alex enjoys watching horror movies, cooking, and going to concerts.