Fleas, ticks, and mites are all pests that can affect our favorite felines. While keeping your cat indoors helps to reduce the risk of infestation by these problematic pests, it can’t eliminate it. Most of these critters not only feast upon your pet, but many of them also bring unwanted guests to supper putting you and your pet at risk for diseases like Lyme disease, Cat Scratch Fever, or Rocky Mountain Spotted Fever. Learn more about what pests are interested in your pet and how to get rid of them.

Fleas are tiny, wingless bugs that live on the skin of their hosts and feed on their blood. There are around 2000 species and subspecies of flea in the world, all of which feed on warm-blooded animals, including cats and humans. Although many types of flea specialize in specific mammals or birds, they can often survive on other hosts as well. They are tiny, voracious, and prolific. Cats can become infested with fleas from several sources, including prey animals, other pets, vet’s offices, even just sitting next to an open window.

Fleas and your cat

While the insects themselves are tiny, the effect that they have on their host is substantial. The saliva of a flea releases powerful anticoagulants into your pet’s bloodstream, increasing the flow of blood. When the flea finishes feeding, trace amounts of the anticoagulant land on the skin, triggering the production of histamine.

Individuals who are especially sensitive to flea saliva may develop a full-blown allergy, leading to more dramatic symptoms such as raised rashes, hives, swelling of the face and paws, and difficulty breathing.

Occasionally, the loss of blood due to a robust colony of fleas can even cause anemia.

Fleas eat tapeworm eggs, so cats (and dogs) who swallow fleas as a part of their grooming may be at risk for developing tapeworms, which can quickly become serious. Fleas can also transmit several dangerous viral and bacterial diseases to our pets or ourselves, including endemic typhus, feline typhus, bubonic plague, and bartonellosis, better known as Cat Scratch Fever.

Fleas of California and Nevada

While fleas are rare in Nevada, there are pockets of fleas that cats may encounter. Cats allowed to roam outdoors and hunt may be more likely to bring fleas indoors, which is a much better environment for their natural life cycle than the hot, dry conditions outdoors. Once in your home, fleas are likely to thrive and can quickly become overwhelming houseguests. When trying to eliminate fleas from the home, all pets in the household must be treated to ensure that the parasites do not return. Most pet parents will want to wash their cats with a shampoo specially formulated to kill fleas on cats, but it’s important to contact your veterinarian first. These shampoos are generally safe for our feline family members, but if the infestation badly affected your cat’s skin or if your cat is suffering from allergic dermatitis, flea shampoo is likely to make the problem worse rather than better.

If your veterinarian does not recommend using a flea and tick shampoo, washing your cat with gentle soap and water will help to remove many of the fleas. You will then need to use a flea comb to remove any fleas and eggs, taking special care around the neck and tail areas. Whenever you see a flea on the comb, dunk the comb in hot, soapy water to remove and kill the insect. Comb your cat with a flea comb once a week until you are certain your cat and your home are free from fleas.

Once you have treated your pets, be sure to treat your home as well. Wash all clothes that may have come into contact with your cat and all human and feline bedding. Use hot water when washing exposed items as neither cold nor warm water is effective in killing the fleas. 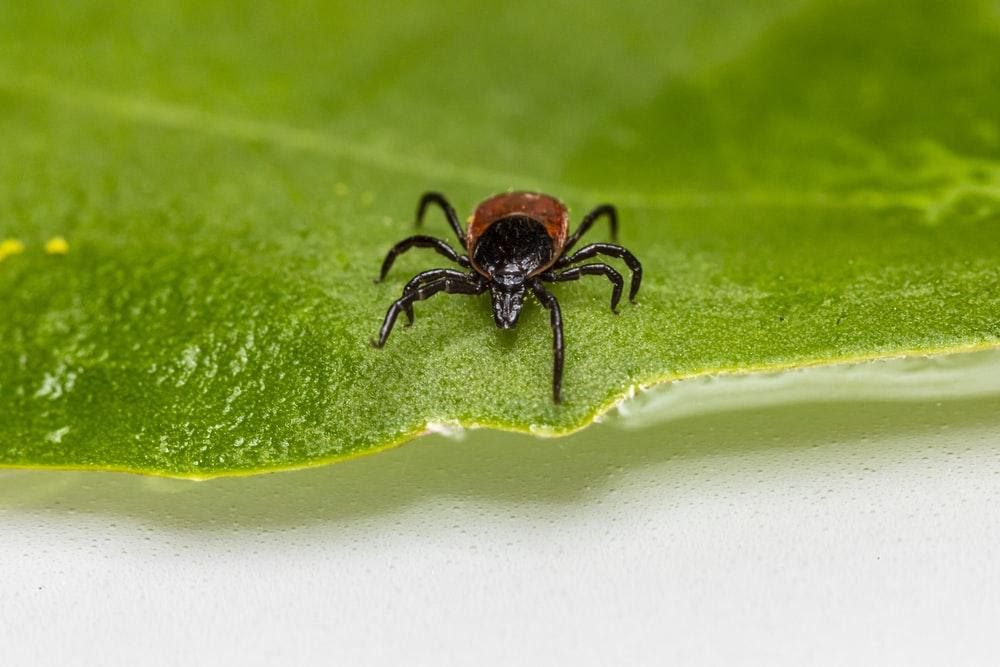 Ticks are tiny parasites that feed off of the blood of their host, and can sometimes transfer from pets to people. They are part of the arachnid family, along with spiders and scorpions. The bite of the tick itself is relatively harmless, but the pathogens that it spreads when feeding are not. Ticks latch on to their host and feed over the course of several days, transmitting pathogens.

Bites from ticks often go unnoticed as they are not painful and they don’t itch. On humans, their favorite places to latch on include the scalp, the skin behind the ear, the armpit, and the groin area. When feeding on cats, ticks prefer the face, neck, ears, feet, and legs. Some ticks take their time finding the perfect spot on their host, but others will simply attach at the nearest area of skin. If not removed, it may leave a small red bump or sore with a distinct center to it when they drop off. If you find a tick on your cat, or yourself, remove it as quickly as possible.

Ticks in California and Nevada can transmit serious diseases like Rocky Mountain spotted fever, tularemia, and Lyme disease. Although cats are more resistant to these three illnesses than people or dogs, they are not immune. Signs that your pet may have contracted RMSF or Lyme disease could include vomiting, reduced appetite, depression, swollen joints, and lameness, while tularemia causes a high fever, reduced appetite, and swollen lymph nodes.

Two diseases more likely to affect cats, hemobartonellosis and cytauxzoonosis, may cause severe anemia. Symptoms of anemia can include lethargy, loss of appetite, generalized weakness, cyclical fever, jaundice, pale gums, depression, and unexplained weight loss. If your cat is showing any of these symptoms, contact your veterinarian right away. The longer a tick stays attached to their host, the more likely they are to infect their host with these diseases. Remove all ticks as soon as possible to minimize the chance of infection.

Occasionally, toxins from the tick’s saliva are injected into the bloodstream, leading to a disorder known as tick paralysis, which can lead to severely depressed lung function. This is a rare condition in cats, but a serious. Multiple ticks or ticks that have been feeding for an extended time The simple act of removing the tick often relieves the symptoms, but a subsequent visit to the veterinarian is still a good idea.

Indications that your cat is suffering from tick paralysis may include:

Ticks in California and Nevada

Many chemical tick repellents, such as permethrin and DEET, can be toxic for our feline family members as well. Using tick collars or spot-on products designed specifically for cats can help reduce the chances of being parasitized without adding dangerous chemicals to their environment. Regularly check both indoor and outdoor cats for ticks.

Mites are diminutive arachnids in the subclass acari, the same subclass as ticks. They are much smaller than ticks, however, and most of them can’t easily be seen with the naked eye. For the most part, they are too small to spread illnesses, but while they don’t spread illnesses, they do cause a great deal of discomfort all on their own. Several types of mite can infest your cat’s skin, causing itching, skin irritation, and hair loss. Multiple species of mite can irritate felines, each causing similar itching and inflammation. Some mites feed along the entire surface of the skin while others stay within certain limited areas, such as the ears. Left untreated, a mite infestation can lead to chronic skin conditions, open sores, and dangerous infections. Here’s a rundown of the mites most likely to invade your cat’s castle.

Mites are often visible on the animal’s fur, but even when they are not, changes in fur color, thinning fur, and scabbed skin can often alert you to the problem. Depending on the type and severity of the infestation, your veterinarian may prescribe a topical solution, ear drops, or an insecticide wash for your pet.

Cats, like people, can be harassed by many varieties of pests. Using the latest prevention methods will reduce your cat’s chances of being victimized by these bugs. Knowing the signs of an infestation will help you eliminate the invasion before it becomes a more serious health concern.

← Previous: How to Get Your Cat to Drink More Water | Comforted Kitty Cat Sitters Next: Your Ultimate Guide to Cat Veterinarians in Greater Los Angeles →