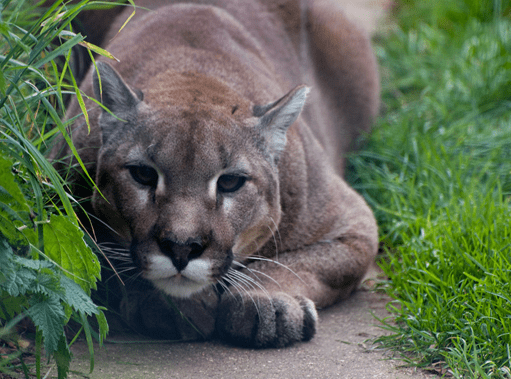 Hands down, the best way to keep your domestic cat safe from predatory wildlife is to keep them indoors. For some pet parents, however, the benefits of letting their feline family member outside to enjoy the fresh air and explore nature outweighs the risks. Learn more about the predators that may pose a threat to outdoor cats in California and Nevada, and how to keep your cat safer in the great outdoors.

Several formidable predators in both California and Nevada pose a risk for unattended cats who venture outdoors. Whether these animals see your pet as a competitor for food and resources or as a source of food, predatory wild animals are quite capable of ruining your cat’s outing. 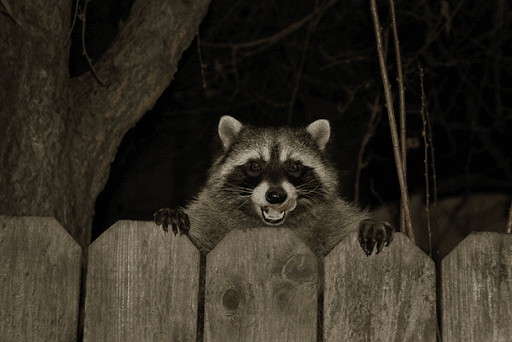 “Raccoon” by Photo Cindy is marked with CC0 1.0

Domestic house cats and raccoons are not natural buddies, despite videos of cats and raccoons eating from the same bowl, pictures of pet raccoons and cats snuggling together, and reports of the occasional feral cat and raccoon becoming unexpected companions. While unusual friendships may sometimes develop, in most cases, raccoons make dangerous companions for cats.

For one thing, both cats and raccoons compete for the same resources. These two species are just as likely to fight over a bowl of food as share it, and raccoons are formidable opponents. They are often heavier than the average house cat, and just as agile. For another thing, raccoons and cats often share the same diseases. Not only are raccoons possible vectors for rabies, but they are also able to spread a particularly nasty variety of roundworm to your cat, as well as feline distemper.

Raccoons are typically scavengers, but they are quite capable of hunting for their food. In rare cases, they may see a kitten or small unattended cat as not just competition for resources, but also as prey.

“Cougar ready to pounce” by Harlequeen is licensed under CC BY 2.0

Both Mountain Lions and Bobcats make their homes in the forests and mountain ranges that span the west coast. While these big cats are typically solitary animals, they have been known to wander into the city on occasion, especially in treed areas and parks near the edges of town.

Bobcats may fight with domestic house cats over food and resources, but are not typically a large concern as a predator of the house cat—a diet analysis by the National Park Services in 2001 was unable to unearth evidence that domestic pets were being eaten by bobcats. Mountain lions, on the other hand, are much more likely to see your precious purrball as a convenient snack. This is especially true of cougars who make regular forays into the city. 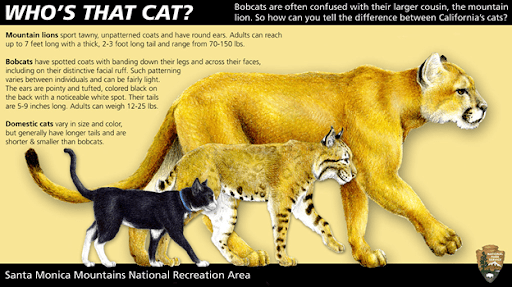 Of all the animals on this list, badgers are the least likely to become a problem for the average house cat. Uncommon in both California and Nevada, badgers tend to shy away from humans and stay out of the city, making encounters with domestic cats rare. Badgers are also carrion eaters rather than hunters, so they are unlikely to see cats as a source of food unless something else, such as another predator or a car, previously killed the cat.

That being said, badgers like to eat cat food, they can be incredibly territorial, and they are exceptionally formidable animals. Most cats will do their best to simply avoid badgers in the wild, however, encounters between cats and badgers do sometimes occur. When they do, the cat is almost always at a great disadvantage. Venomous rattlesnakes are abundant in the western states; several different species inhabit both California and Nevada. With the exception of kittens and very small cats, house cats are too large to be on the menu for most rattlesnakes. These reptiles are only likely to pose a threat to your cat when cornered or surprised, but it only takes one bite for the encounter to be fatal.

If your cat is showing one or more of the following signs, take them to a veterinary clinic as quickly as possible. While antivenin may counteract the venom in your cat’s system, it is most effective if administered within six hours of the bite. Coyotes and foxes are also abundant in California and Nevada. Due to human encroachment, more and more of these accomplished canine hunters have been moving from their traditional wilderness habitats into the city.

There are several species of fox native to one or both of these states, including grey foxes, Sierra Nevada red foxes, and kit foxes, among others. Most foxes aren’t much larger than most house cats and will typically leave our feline friends to their own devices, but they won’t hesitate to scavenge cats that were hit by cars or killed by other means. They may attack and injure domestic cats on rare occasions—usually, if they feel threatened, are ill, or are injured.

The diet of coyotes in the wilderness is made up mainly of small mammals—mice, gophers, and rabbits—with some native fruits and seeds thrown in. Urban coyotes have a very different diet than their rural relatives. Coyotes who live in the city depend more heavily on human-related foods, such as garbage, ornamental fruit, and domestic dogs and cats. While not the largest or most venomous on the list, they are probably the most likely to pose a threat to pets, often bold enough to snatch pets right out of their own yards.

If you choose to allow your cat access to the outdoors, it is important that you do everything in your power to give them the best chance of surviving and thriving. Although being outside is intrinsically more dangerous than being inside, there are a few steps you can take to improve their odds.

Build or buy a protected “catio”, a space where your cat can sit outside and enjoy the fresh air, without having to worry about a predator attacking them. A secure catio should be made of strong, predator-proof materials, be secured at all possible entry points, and either be raised or have platforms available on multiple levels. Remember that predators may attack from both above and below, and plan accordingly. “The Catio” by smashz is licensed under CC BY-NC-ND 2.0

Some pet parents and cat lovers may want to install cat posts in their yards. These are long, vertical pieces of wood that cats can climb, but predators like coyotes can’t, and they may provide hunted cats an opportunity to escape.

If you do let your cat outdoors once in a while, don’t let them roam unsupervised. While your presence may not drive off all wildlife, it is likely to make them think twice before attacking. It also gives you a better opportunity to react in the event of an encounter, preventing confusion and delays.

Cat food and dog food are just as tasty for wild animals as it is for our four-legged companions. Leaving food out regularly is a sure way to attract wildlife into your yard, putting your cat in harm’s way. If you are involved with feeding feral or neighborhood cats, feed them at the same place and time and pick up any leftover food within 30 minutes to avoid attracting predators.

Although these predators can attack at any time of day, most, with the possible exception of rattlesnakes, tend to be active during the low light of dawn and dusk. Keeping your cat in when predatory wildlife is most active will reduce the chances of dangerous encounters.

Having a collar with a name tag on it is a good idea, as it provides the means for someone to contact you if your cat gets lost or is injured. For cat collars to be safe, however, many are designed to break away if it gets stuck on a branch or fence. A microchip is inserted under the skin and may be able to bring your lost pet home even if their collar goes missing.

Declawing your cat is a painful procedure that removes not only the cat’s claw but also requires the amputation of a bone in each toe. This surgery may lead to aggressive behavior, reluctance to use the cat box, and even permanent joint disorders. If your cat regularly makes excursions outdoors, removing their claws leaves them with fewer defenses against predators and rivals.

Cats have a reputation as solitary animals, but the truth is they get lonely and bored too. Hiring a trusted, dedicated service like Comforted Kitty to stop by and entertain your cat when you aren’t able to is a great way to prevent boredom and reduce your pet’s will to wander.

← Previous: How to Prepare Your Cat for Your Return to the Office

Theo says it's time to paw-ty cuz it's Friday nigh

Tux is one sweet kitty! Enjoying his Sunday aftern

Kitty tunnels are the best and this cutie knows it